When I got my first job as a Personnel Trainee in 1990 I remember feeling that the whole world was changing.

Nelson Mandela had just been released from prison; East and West Germany were reunifying to create Europe’s largest national economy; the Hubble Space Telescope had been launched; the Human Genome Project had just begun; and a scientist called Tim Berners-Lee had created something called the World Wide Web. Everything seemed possible.

At the same time, however, the Gulf War had started and we were entering a period of enormous economic uncertainty. Indeed, not long after I began work UK unemployment began to rise sharply – a very unsettling experience for a young trainee.

With so many opportunities and challenges presenting themselves, what should I be doing to move forward in my life and career whilst also ensuring that I hung on to my job? What was the “right” way ahead? I spent many a sleepless night worrying about my future.

So my advice to my younger self would be to stop worrying about the stuff you have no control over and get a proper night’s sleep. Instead, pour all of your energy into the areas where you can make a real difference – right now.

Because the big lesson I’ve learned is that it’s the difference you make today that will get you noticed. And if you’re being noticed for the right reasons, the way ahead will tend to look after itself.

Do you have any advice for your younger self? Tweet your advice to us with the hashtag #ToMyYoungerSelf 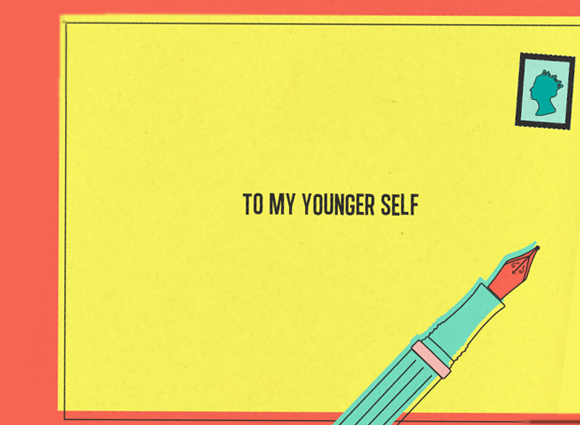