At 8am in the morning (ugh), the great and the good of the engineering world (well some of them anyway) plus me, were arriving at the Lanesborough Hotel in Knightsbridge, central London, for a free breakfast. For those of you who don’t know the Lanesborough, when it opened some years back, it announced that it was London’s first 7 star hotel! Far be it from me to comment on that claim, but it is definitely plush, and I can think of worse places to hold a breakfast meeting. Actually I can think of lots and lots of worse places; and that’s without really starting to think at all.

I thought that Harvey Nash would only be inviting their closest friends, but far from it; it was rent-a-mob and we were about 60 strong. To be honest, I am not a close friend of Harvey Nash; in fact I didn’t even know who they were. Their website says: “a global professional recruitment consultancy and IT outsourcing service provider.” I was invited because I am a friend of Semta, the UK’s Sector Skills Council for Science, Engineering and Manufacturing Technologies.

I went with two hats on: the first is my day job. I am CEO of A1 Technologies, a company with plans to dominate the world of education in 3D technologies, in particular enabling kids in school to design in 3D and then turn those designs into 3D models. In a way, that is just a mechanism; a mechanism to encourage, enthuse and motivate kids, to get them excited about being creative, about innovation, about science, about entrepreneurialism. It also acts as a precursor and a gateway to the sciences and to engineering in general. It also helps them develop all the soft skills valued by employers; not just engineering employers, but employers of every hue – skills such as teamwork, presentation, analysis, problem solving, and very important, learning to fail, learning why they failed and learning how to do better next time. This is after all grist to the mill for every designer and inventor who ever lived. 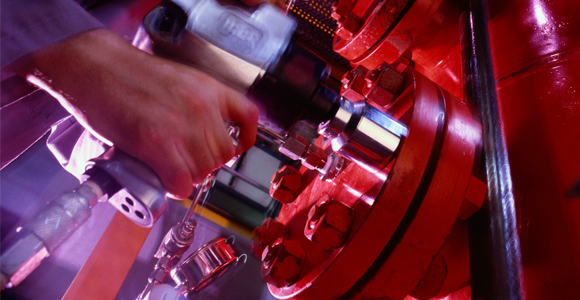 That’s one hat. The other is that in my spare time (I always have an internal chortle when the concept of ‘spare time’ is raised; my wife just groans) I chair LASER. LASER stands for London and the South-East Region Manufacturing Alliance. LASER represents the interest of every manufacturing and engineering company in the south-east of England and there are a lot of them. Many of them work in traditional ways, and many are high tech and high growth. The majority are inevitably SMEs but we have some great well known companies in the region such as Ford, Coca Cola and, although perhaps less well known, one of the UK’s largest exporters, Case New Holland who manufacture tractors.

Both hats were suitable and both were useful at this event. After breakfast (and I did stay on after the breakfast, which was probably better than the breakfast cereal I would have had at home), the CEO of Fraser Nash got the event started with some of the findings from their annual manufacturing survey. It was interesting but although it provided some statistics, it did not tell us much we did not already know – that there is a shortage of engineers and technicians, and that the skills gap is going to get worse.

There were two main speakers, both with a great pedigree and both with insights to share and with insights worth hearing. Professor Dame Julia King was obviously suffering from a bad cold but she did not let that get in the way of her speech. For those of you who do not know, Dame Julia is Vice Chancellor of Aston University. The University website states: “Julia is a member of the Board of Universities UK and Chair of the Higher Education Statistics Agency, as well as Non Executive Director of the Department for Business, Innovation and Skills. She is frequently called upon to advise Government on education and technology issues, and was appointed by the Prime Minister as the UK’s Low Carbon Business Ambassador in November 2010.”

So she has form and impressive credentials. She used information from her low carbon activity to scope some of the energy problems we face and used that to show the energy and skills issues of that industry, using it to illuminate the wider problem throughout industry. She spoke cogently and interestingly, and shed light (carbon free naturally) on information that might otherwise be hidden in the small print of academic papers, but which was very telling in the context of skills shortages.

She is also passionate about the issue of women in industry, in engineering and in manufacturing, and showed that if we did a better job of encouraging women into our sector, skills problems would be substantially reduced.

She was followed by someone I did not know and had not heard of before. Nigel Whitehead is Group Managing Director Programmes & Support for BAE Systems. His job clearly gives him a great deal of spare time; he is also, and I quote the BAE Systems website: “a Council Member of the Royal Academy of Engineering, a Commissioner on the UK Commission for Employment and Skills, a Trustee of the Whitehall and Industry Group, Chairman of the UK Council for Electronic Business, a Member of the Apprentice Ambassador Network and a Council Member, of A|D|S (Aerospace, Defence, Security).” Wow. And I thought I was busy!

He is in effect running a £6 billion operation, more than most CEOs. I used the word passion for Dame Julia’s speech, and her passion was matched by his, even on the subject of women in engineering as well as women at Board level. An interesting aside on this topic; exploring their absence in the highest ranks of BAE Systems, women below this glass ceiling were asked about their aspirations. The message was that they had looked through the glass ceiling and didn’t like what they saw. Apparently the company is now looking to see what can be done to make the top roles more attractive to women in general (and to those who valued their home life in particular, not just to women). It will be interesting to see if anything changes, but I admired his candour.

It was not just Nigel’s candour I admired, nor just his passion, although both were impressive. He was one of the best speakers I have ever heard, and if he were to be speaking again, I would travel a long distance to hear him; I suggest you ought to do so too. He had some notes (I think), but he hardly used them. He had figures and statistics at his fingertips. His speech was fluent and fascinating. He did not make fantastic claims for BAE Systems but matched things they did well with (more candour) things that could be improved. But it is clear that the company is doing a great many things on the skills front incredibly well, and sets a very high standard for British industry as a whole. In a climate where only about 8% of companies have any apprentices, BAE Systems. has over 1,000, and within the company, starting from an apprenticeship rather than an engineering degree is not a drawback; in fact it can be a real advantage to career progression.

If we could bottle Nigel and BAE System’s methodologies, British industry would take a great leap forward. But: that only goes so far. Let us now turn to question time. Several questions were asked and both speakers responded as well as I had come to expect. Then came an excellent question, or perhaps a better description would be an observation and a pleas, which I found particularly interesting and important. Possibly because I was the one who spoke! I spoke using information gleaned from both my hats, from my experience of working with schools and kids, and from the feedback from manufacturers in my region.

If we are to fill the huge skills gaps of the future, there is a need to persuade children that engineering and manufacturing are fun, stimulating and offer both good money and great career prospects.

Our industries must do more to engage with schoolchildren and get that message across. Starting at primary level. My products help to achieve this, but more schools need to invest to make it happen. There are of course other mechanisms, but A1 Technologies’ works brilliantly. And I am of course totally unbiased. I also spoke forcibly of the need to engage with government to retain Design & Technology as a core part of the curriculum. So, back to the event.

I expected both speakers to agree with my premise, but it was the passion (that word again) and the enthusiasm with which they responded that both staggered and delighted me. They did not just agree but reinforced my message to the meeting again and again. Fantastic response. I also learned of BAE Systems’ road show for schools and the great work they are doing. I learned a bit more by talking to Nigel at the end, and it made me want to work with him and his organisation with both my hats on. I gave him my card, so I hope he gets back to me on this topic.

In the end there didn’t need to be a breakfast and it did not have to be at the Lanesborough for me to be wowed by the event and deeply impressed. I learned afterwards that it was Jinny McDonald-Matthews who chose the speakers, so well done Jinny; great choice. A thank you to Semta for inviting me, and also giving me a chance to meet Sarah Sillars, Semta’s brand new CEO, who seems to have a great attitude and I think I am going to enjoy collaborating with her and her organisation in the future.

“This article was first published at http://www.a1-tech.co.uk/blog/”