The UK economy is emerging from the longest and deepest recession since the 1930s. Business profits have been affected, and the public sector has experienced job losses and wage freezes. In difficult economic times, it is sometimes feared that employers will cut back on training, which may cause problems when the economy returns to growth.

Does this fear reflect reality? The findings from the latest Workplace Employment Relations Study (WERS) can help answer that question. WERS is a large-scale survey which has been running since 1986. It covers managers, individual employees and employee representatives in nearly 2,700 workplaces, and collects information on a wide range of employment-related topics, from pay bargaining to work-life balance and training.

The fieldwork for WERS 2011 was carried out in 2011-2012, and it provides a wealth of information on how employers in the private and public sectors responded to the recession, including the changes they made to how and whom they train.

However, when individual employees were asked what changes they experienced as a result to the recession, only 12% said their access to training was restricted. And 81% of workplaces provided off-the-job training (excluding induction training) to their employees, up five percentage points on 2004. This means that, which spending on training has been cut by some employers, the proportion of workplaces providing training has actually risen.

Access to training was influenced both by workplace and employee characteristics. Training was more likely to be provided in larger workplaces and to those in the financial and health and social work sectors, and less likely to be provided in workplaces where the largest occupational group was administrative or elementary occupations. Younger employees, more recent recruits, and those with higher qualification levels are most likely to receive training. These findings largely chime with the UK Commission’s Employer Skills Survey (UKCESS) results.

Overall, 68% of employees reported receiving training in the 2011 WERS (up from 63% in 2004). This increase was largely accounted for by an increase in the proportion of private sector employees receiving training. Interestingly, it was particularly evident for employees with lower levels of qualifications and those in semi-skilled and skilled occupational groups. Most (55%) employees were either satisfied or very satisfied with the training they received; and those employees who had received training also tended to have higher levels of job satisfaction. However, there was a fall in the volume of training provided to individuals: in 2004, 8% of employees reporting receiving ten or more days’ training, and this fell to 6% in 2011.

So, the WERS results suggest, perhaps unexpectedly, that in some ways training has held up during the recession. A higher proportion of employees receive training; and it is more equally distributed between occupational groups than it was in 2004. This may suggest that employers have become more savvy in terms of how they train – reducing spend but targeting training more effectively. Indeed, recent research for the UK Commission shows that the incidence, intensity and quality of training was not much affected by the recession.

However, there has been a longer-term decline in the amount of training provided by employers. Individuals are receiving fewer days’ training, and WERS does not tell us if employees are receiving training which develops the skills we need to support economic growth and international competitiveness. The UKCESS 2013 results, due to be published in January 2014, will provide more details on employers’ training responses to skills gaps and vacancies, and will help us answer the question of whether our approach to investing in training is on the right track. 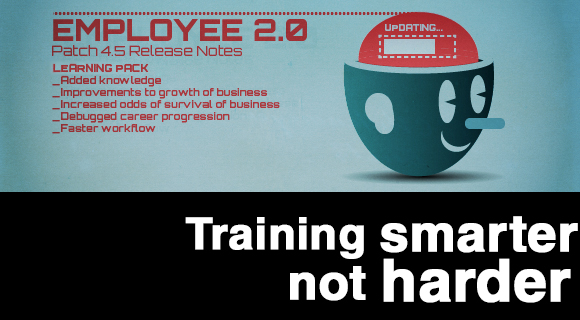